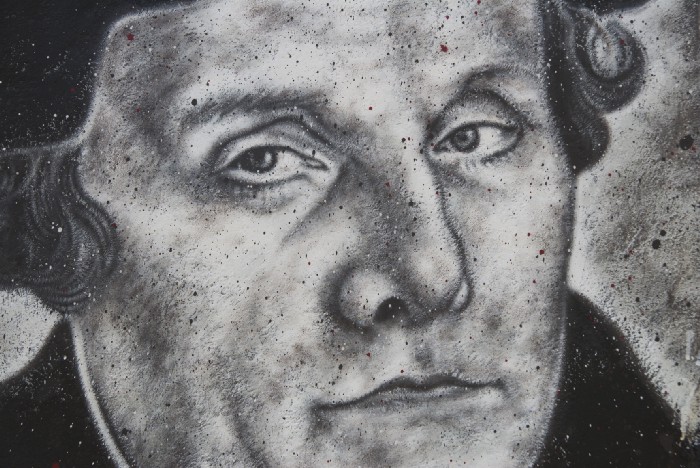 “That men do not learn very much from the lessons of history is the most important of all the lessons that history has to teach.” Aldous Huxley, Collected Essays

Last year, I studied Reformation-era church history and as my friends and family can attest, became something of a “did you know…” bore about random Reformation facts. Much of the social context of the Reformation may feel alien to 21st century ears. However, it has been fascinating to note recently the resurgence in interest in the pandemics of the past, sparked by our current “unprecedented times.” If we take a quick glance back about 500 years, we learn, along with Qoheleth that “there’s nothing new under the sun,” (Ecclesiastes 1:9). We might also reflect that despite how medical practices have changed between then and now, human nature has not. We might even be surprised that some of the advice given back then still sounds sensible, and to some extent scientifically viable, all these years later.

One of the most pertinent examples, oft-alluded to in recent months is Martin Luther’s 1527 Wittenberg treatise on whether fleeing a plague is permissible, examining the role of those in government, the role of the clergy and the role of all Christians in relation to their neighbours. The following paragraph reads like something which could have been written in the present day:

“Others [are] too rash and reckless, tempting God and disregarding everything which might counteract death and the plague. They disdain the use of medicines; they do not avoid places and persons infected by the plague, but light-heartedly make sport of it and wish to prove how independent they are. They say that it is God’s punishment; if he wants to protect them he can do so without medicines or our carefulness. This is not trusting God but tempting him. God has created medicines and provided us with intelligence to guard and take good care of the body so that we can live in good health.”

Interestingly, Luther goes on to compare the plague of his day to “a burning city” and advises his audience that they should be involved in “trying to put the fire out”. He discusses at length the role of human agency, asserting that people are responsible for their actions, responsible to their neighbours, responsible for making effective use of the available medicine, responsible in summary for “acting like a man who wants to put out the burning city.” He condemns in the strongest possible terms those who have behaved recklessly or irresponsibly in their response to the plague and equally condemns those who just want to sit idly by and let events happen around them, as if human intervention would make no difference.

“I shall avoid places and persons where my presence is not needed in order not to become contaminated and thus perchance infect and pollute others, and so cause their death as a result of my negligence.”

What is perhaps most striking is how Luther combines the need for human decision making and for human wisdom to be applied in each specific situation. There is no one easy response to everyone asking the question, in this case, “is it permissible to flee the city when a plague comes?” In terms of the pandemic we currently find ourselves in, we face similar questions and that’s perhaps why policy making, “following the science”, and even making decisions at the level of local church is really difficult. The right course of action for one person may be completely inadvisable for another. It’s not black or white; you can’t simply give a blanket “yes or no.”

Luther’s writing here is useful for us to consider, because, beyond the general principles of acting in the best interests of your neighbour, he recognises that it’s not always easy to work out what this looks like in each person’s situation. The principles, whether in interpreting the medical advice of the day or in interpreting scriptural mandates, have to be applied to our own context.

As we find ourselves navigating what feels like a very long pandemic, it’s helpful to remember that what feels completely unprecedented to us (in the most over-used phrase of the year), very much has a precedent in the history of the church. In this example, as in others such in Calvin’s Geneva and Zwingli’s Zurich, or a couple of centuries later in Charles Kingsley’s Cholera Sermons, there is evidence that church leaders took seriously the consideration of how best to love their neighbours, to care for the most vulnerable, and to ultimately use difficult circumstances to bring glory to God.