An Ordered Universe — and a New Perspective on Science and Faith 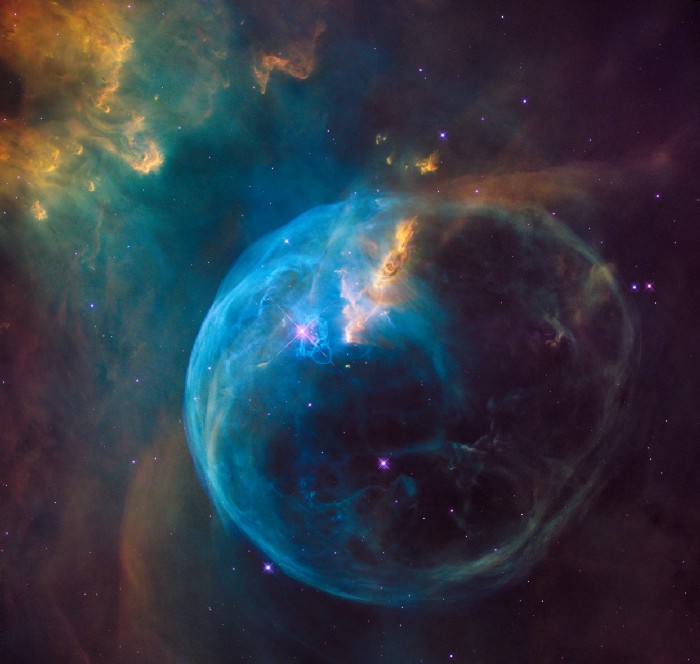 A version of this article first appeared in the October 18th edition of the Methodist Recorder.

‘Science and Religion are incompatible.’ Such is the confident claim of many media voices, from humourists to philosophers writing in popular mode. Yet I wonder what this statement might even mean, long before I can begin to think of whether it is true. In what sense is being a Christian and a scientist ‘incompatible’? Does it, for example, carry the same the sense in which my computer’s current operating system is ‘incompatible’ with the hardware of my old laptop? Well, obviously no — there are many very successful scientists who also profess a Christian faith, the Director of the US National Institutes of Health and 2020 Templeton Prize-winner Francis Collins, for one. Our mental systems don’t seem incapable of booting up either to worship or to work.

Perhaps the ‘incompatibility’ refers to the much-repeated story that history is witness to a centuries-old ‘conflict’ between the church and science, in which ecclesiastical authority is supposed continually to have suppressed new scientific knowledge. Yet no serious historian of science holds this view today, whatever their personal faith commitments. This ‘conflict’ or ‘warfare’ narrative of science and faith was, as we have known for a while, quite literally and very sadly a ‘conspiracy theory’ invented in the mid-nineteenth century by a few Protestant authors, with anti-Catholic axes to grind. The ‘history’ to be found in John Draper’s widely-read volume History of the Conflict between Religion and Science (1874), for example, still shapes the way we misconstrue the medieval church as suppressing new knowledge. The truth lies elsewhere — for the strides in astronomy, optics, and medicine made in the 12th-14th centuries in Europe, and which drew on centuries of Islamic development of science, included the solving of the problem of the rainbow, the invention of spectacles, and the development of new surgical techniques. Oh, and by the way, no-one who thought about the shape of the world at all thought that it was flat. The medieval astronomical texts that we have were not only clear about a spherical Earth, but about how we know it is a sphere. In some ways our own secular age is much less scientific than earlier ‘ages of faith’.

Is there, perhaps, an incompatibility of method? Does a scientific way of learning about the world run against a life of ‘faith’? Is it ‘faith’ and ‘fact’ that are so opposed? Yet here as well, the history of our thinking provides more clarity. For, as the scholarship of historian Peter Harrison has definitively shown, the development in the 17th century of what we now term ‘experimental method’, the core of a great deal of science performed today, relied on the counterintuitive and revolutionary content of a Christian theology in the hands of Francis Bacon, Robert Boyle and others. We tend to think as obvious this fruitful way of isolating small and simplified little parts of nature in order to learn about general behaviour. But stated that way, it is clearly anything but, and took centuries to imagine. How could we expect any artificial and simplified construct like an ‘experiment’ to teach us anything about wild and complex nature? The key step to seeing that it might do just that was to grasp fully the theological notions of human fallenness and divine grace — flawed humans are also modelled in the image of God and redeemed into a stewardship and care of creation. Only the gloriously counterintuitive combination of real failure of humanity, yet uplifted by grace, opened the insight that small-world creations of our own might restore a deep insight into created nature always intended for us. That was the theological vision that drove the development of modern science itself.

That the universe is an ordered place, and that such order can be perceived, its inner structures imagined and even modelled by the marvels of mathematical representation, has profound theological significance. The sense in which the universe reflects, and can be grasped by, minds is the first clue that Mind might reasonably be behind it. And to see science as a gift from God to equip humans for a purpose in creation-care is to see even more clearly the meaninglessness of the ‘incompatibility’ narrative. It does mean, of course, that the church has no business seeing science as a ‘threat’, and every business receiving the discoveries of science as gifts in themselves. The story of the Bible in both Old and New Testaments has much to say about our relationship of care to the natural world, but as to how that world works is posed to us as a question, without short-cuts to the answers. “Do you know the laws of the heavens, and can you apply them to the Earth,” asks Yahweh of a humbled Job, as he is taken on a whistle-stop tour of the universe (in Job chapters 38–42).

Science both proceeds from and responds to God. It is both gift and vocation. And scientists belong within the church as members who can both receive and give of their gifts in the special form of service and wonder that enables us all to join the hills, and the trees of the field, in worshipping our common Maker.