Scientists in Congregations Guest Post: Life on the Edge

What does the new normal mean for the environment? 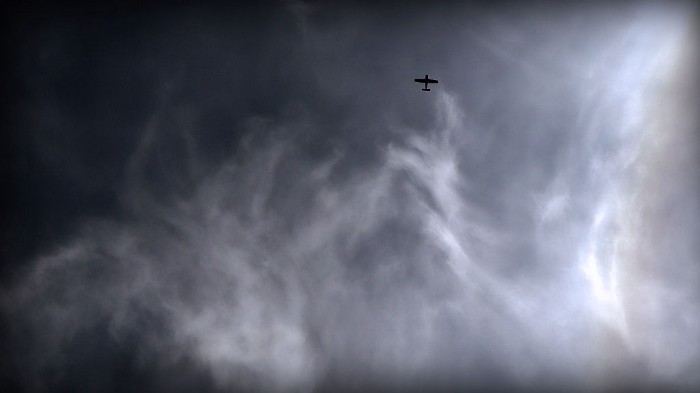 Part Five of our series “Making sense of coronavirus with reason and faith.”

I recently had a series of conversations with Anglican Bishops around the impact of Covid-19 for the science-religion dialogue. One of the questions I asked was whether and how they had reflected on what the pandemic has meant for the relationship between humans and the environment. As one of the Bishops I spoke to pointed out to me, it is not necessarily a good idea to jump too quickly into musings about the possible positive impacts of Covid-19. Especially not as many of us are suffering from loss of lives and livelihoods, reeling from a wide range of changes in both our world and our world views, and infringements on our freedoms including unwanted restrictions on mobility and human interaction.

Still, one of the most immediate effects, not so much of the pandemic but of the various “lockdowns” across the globe, is an already-discernible improvement for non-human life on the planet. As the human footprint shrinks, non-human nature thrives. This is a positive and thought-provoking phenomenon. Testimonies of the immediate effects of a reduction in tourism and commercial flights abound. There are personal anecdotes of wildlife spotted on people’s doorsteps, reports of wild boar in the streets of Barcelona and a “baby boom” among flamingos in the south of France. The waterways of Venice are now clear enough to see fish, shellfish and plant life, and the air has cleared enough in some cities of Northern India for the residents to be able to enjoy a view of the Himalayas for the first time in 30 years.

While there are also reports that the various lockdowns and restrictions on travel across the globe have resulted in a decrease in carbon dioxide (CO₂) emissions, CO₂ levels in the atmosphere are still at a record high. This is because they are a result of an accumulation of pollution over time, that can’t be reversed in a few short months.

I attended a learning lunch last year, where we were told about the environmental impact of air travel by academics. The speaker urged us to consider alternatives, including virtual conferences and seminar series. As I remember it, everyone around the table agreed that reducing travel was desirable, but the suggestions for doing so were met with some resistance. Some were concerned that the technical requirements would mean unfairly excluding certain groups of academics (despite the undeniable fact that travel expenses already exclude a large portion of the academic workforce). The discussion also quickly turned to the fact that speaking commitments and networking are all but a requirement for building a career in academia, and that air travel is the only mode of travel quick enough not to infringe on our other commitments.

The pandemic and the resulting lockdowns and travel restrictions have compelled us all to change our behaviour, and quickly. Unwelcome as it was, for many of us it has also forced us to align our ethical views with our behaviour in a way that the institutionalised practices of any number of professions would have made difficult.

The rapid changes that we have seen as a result of a decrease in human activity does not only provide evidence that we are capable of changing our behaviour in a way that is beneficial for our planet; it is also a reminder of our planet’s resilience. Writer Bruce Feiler spoke as a guest on a podcast recently about how the notion of human resilience is often misunderstood, particularly as it relates to times of transition and upheaval. The image he used was that of a spring, that even when stretched to its limits has the capacity to bounce back to its original state once the pressure is lifted. This isn’t what happens in most cases of stresses on human life. A period of change, including dramatic and traumatic change, alters us forever. This doesn’t make us less resilient — it makes us resilient in a fundamentally human way.

And while anecdotes of nature returning to our cities during lockdown may make it seem like the planet can spring back to health given a couple of months of reduced human activity, the science suggests otherwise. The widely-accepted theory of tipping points, the thresholds beyond which the planet undergoes irrevocable change, reminds us that the Earth can only be stretched so far, and that recovery is urgent. If we can learn to lessen our footprint, Earth can bounce back, but the changes need to happen before we reach the point of no return. And it begins with acknowledging the damage that we as humans have caused.

It is often very difficult to know what to say to someone who is going through a tragic event in their life. Illustrator Emily McDowell, who is a cancer survivor and knows first-hand how paralysed we sometimes feel in the face of someone else’s grief, has a created a line of empathy cards that don’t invoke the clichés that people who are going through difficult times can find aggravating and hurtful. One of my favourites reads, “I know there is no normal to go back to, but I am here to help you build a new one. (And I’ll bring snacks).”

My hope is that when it comes to the planet, the new normal will be for the better, or as one of the Bishops I spoke to succinctly put it, that “recovery should be a green recovery”. My hope is also that we use the opportunity presented by the pandemic, tragic as it is, to improve on our collective behaviours and to rethink our relationship with the Earth.

So, Earth, in an attempt to not aggravate you further, and to own how badly you have been treated, on behalf of all humanity, I’d like to say: “I know there is no normal to go back to, but I am here to help you build a new one.”

SCIENCE AND RELIGION Relating to AI – keeping it in the family?

In 1909, the author E M Forster published a story called ‘The Machine Stops’ in the Oxford and Cambridge Review. In it, he describes a world in which humans live isolated lives, their every physical...

A three-part workshop on preaching for and with specific learning difficulties, including dyslexia, dyscalculia and ADHD. Part of a Science for Seminaries-funded project at Ripon College Cuddesdon.

A three-part workshop on preaching for and with specific learning difficulties, including dyslexia, dyscalculia and ADHD. Part of a Science for Seminaries-funded project at Ripon College Cuddesdon.

by Helen Billam 23.05.2022
CHURCH ACTION Giving thanks for the life of Sir John Houghton, climate...

On Saturday I was in a small village hall in Aberdyfi, on the Welsh coast. In amongst amateur dramatics and music recitals, the hall was hosting perhaps one of its most significant events. It was...