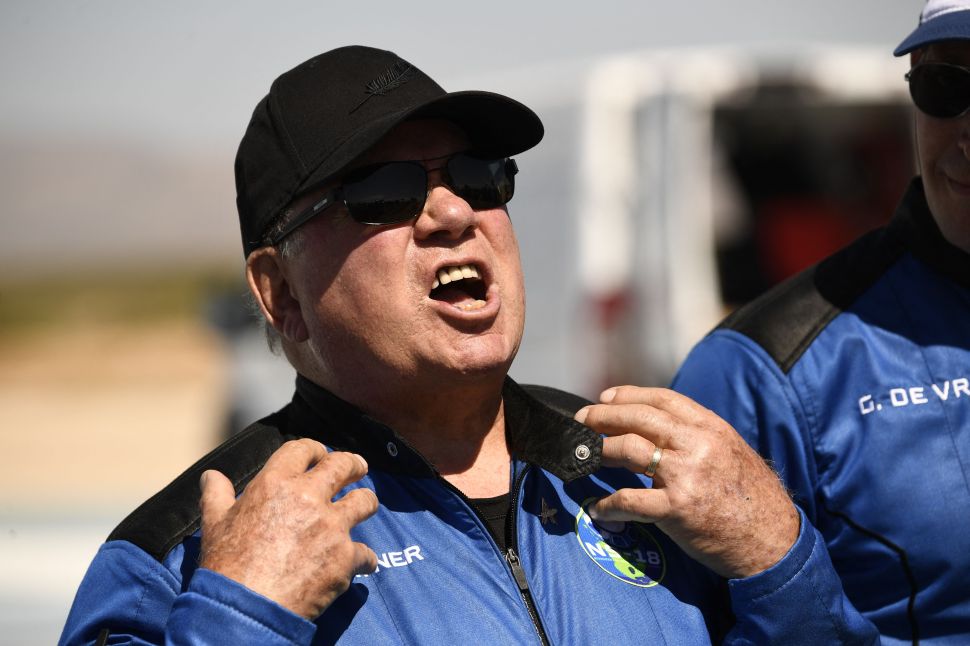 “You have done something … what you’ve given me is the most profound experience I can imagine. I am so filled with emotion about what just happened. It’s extraordinary. I hope I never recover from this. I hope that I can maintain what I feel now, I don’t want to lose it. It’s so much larger than me and life; it hasn’t got anything to do with the little green and blue orb. It has to do with the enormity and the quickness and the suddenness of life and death.”

-William Shatner on returning from the New Shepard suborbital space flight on 13 October 2021.

Earlier this year, at the age of 90, William Shatner became the oldest person to embark on a suborbital space flight, thanks to Blue Origin founder Jeff Bezos. 2021 has been a year like no other for the expanding business of space tourism. Industry pioneers such as Elon Musk, Richard Branson and Bezos have made frequent headline news as this lucrative new industry gains an unprecedented level of accessibility – at least, for those able to pay for it.

The phenomenon of space tourism has been controversial, celebrated by figures such as former astronaut Tim Peake and heavily criticised by others, including Prince William, who said that ” we need some of the world’s greatest brains and minds fixed on trying to repair this planet, not trying to find the next place to go and live”.

But how to approach the booming phenomenon of commercial spaceflights from a Christian perspective? It’s easy to adopt a cynical and dismissive mind-set, wondering if billionaires can be trusted with guarding humanity’s best interests in space in light of their treatment of resources and people on Earth. Commercial space travel presents myriad legal, regulatory and global political issues that we have not even conceived of yet and will need to navigate carefully.

Recreational space travel appears irresponsible thanks to its high carbon footprint, at a time when public awareness of climate change is at an all-time high. Advocates of space tourism argue that this is a problem that can be solved by technology. According to Bezos, “Blue Origin believes that humanity will need to expand, explore, find new energy and material resources, and move industries that stress Earth into space”, and cites the company’s work on developing reusable launch vehicles as evidence of their green credentials.

Yet, while non-commercial space exploration carried out by government agencies has brought many tangible scientific insights, including heavily impacting our understanding of earth systems and climate change, it’s hard to see how commercial, sub-orbital space jaunts tell us anything new. At least so far, they appear to prioritise the experiential rather than the scientific.

Then there’s the issue of fairness and equity. At the moment space tourism is open to a very privileged few, and isn’t likely to become genuinely affordable for the foreseeable future. This compounds the injustice suffered by poorer nations, who are already paying the price of climate change caused disproportionately by the lifestyles of the wealthy.

So, from a Christian perspective, the pitfalls are numerous: fairness, responsibility, and the need for responsible regulation, which need to be carefully considered and weighed up.

But there is no area of scientific research that doesn’t come with ethical implications, expense, and resource consumption. And the effect on the individual is undeniable. As Shatner outlines above, the opportunity to participate in space travel evoked a profound sense of wonder for him, and many returning from space have spoken of the awe-inspiring overview effect of appreciating a view of the Earth as seen from space, the realisation of something “so much larger than me and life.”

Or, as the Psalmist put it perhaps a little more eloquently:

1 Lord, our Lord,
how majestic is your name in all the earth! You have set your glory
in the heavens.
2 Through the praise of children and infants
you have established a stronghold against your enemies,
to silence the foe and the avenger.
3 When I consider your heavens,
the work of your fingers,
the moon and the stars,
which you have set in place,
4 what is mankind that you are mindful of them,
human beings that you care for them?

Being Human In A Cosmic Setting – Canon Professor David Wilkinson

David Wilkinson explores theologically what it means to be human against a backdrop of cosmology and the search for extraterrestrial life.

Being Human in a Cosmic Setting - Canon Professor David Wilkinson

David Wilkinson explores theologically what it means to be human against a backdrop of cosmology and the search for extraterrestrial life.