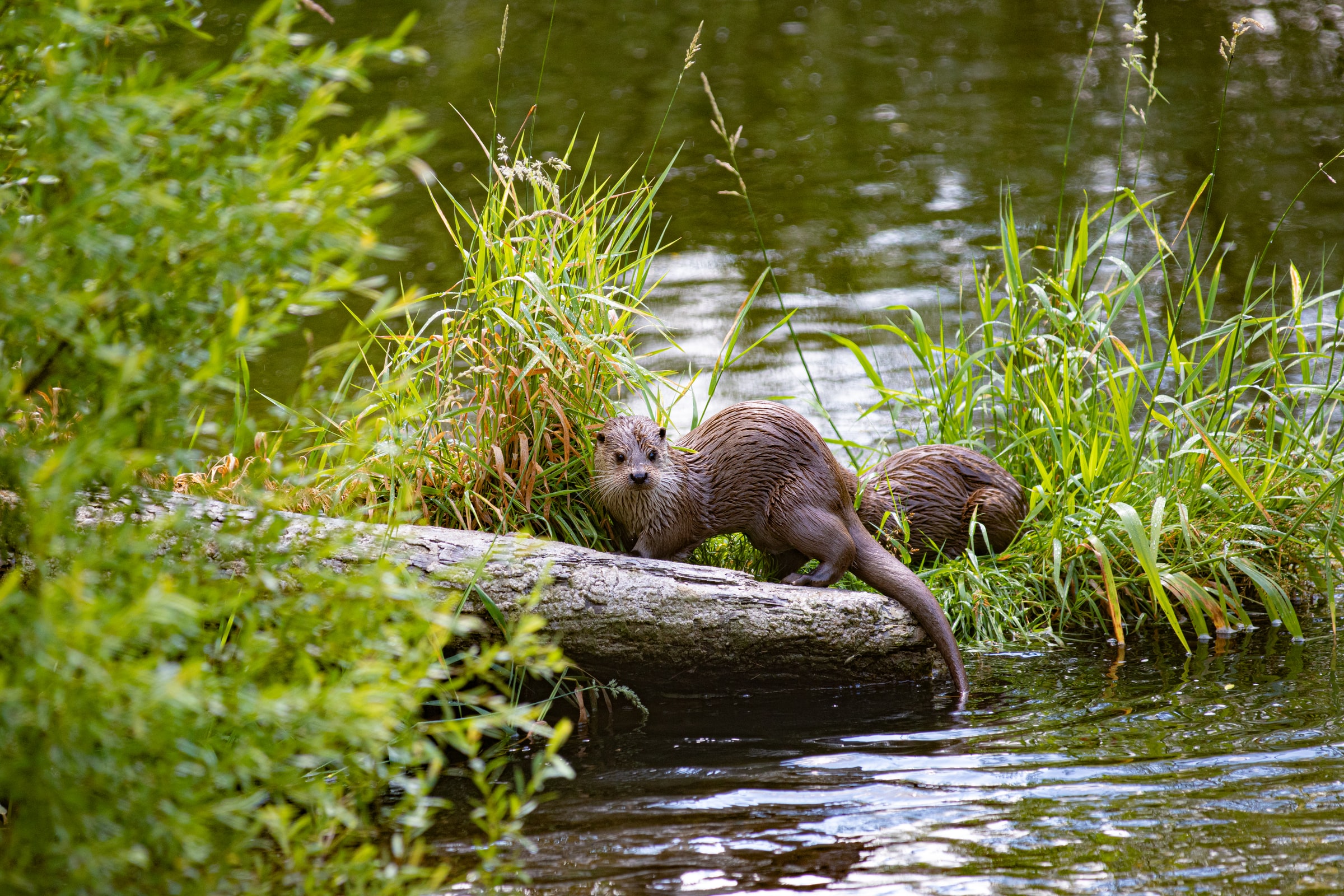 This article first appeared in the June 18th edition of the Methodist Recorder under the title ‘Encountering the Otter’.

Sunday mornings over the last year have looked different for many of us, and required us to find new ways to connect with God and each other. With our local church still closed, my partner Benedict and I recently found ourselves doing something very different with our Sunday morning: searching for otter poo.

Once a year a team of volunteer ‘citizen scientists’ survey the waterways of England for otters. Each person is given a designated stretch, and on the weekend of the survey, dons wellies and heads to the riverbanks to look for traces of otters. These include otter spraint, or poo, which is black and contains tiny fragments of fishbones, and the marks of otters in soft mud or sand: little round toe prints, and sometimes the swish of a tail mark. They record their findings and return to the same spots the following day to check if there are any new marks or poo – evidence that otters have been present overnight. This annual survey helps to monitor otter populations, and without ‘citizen scientists’ it wouldn’t be possible. 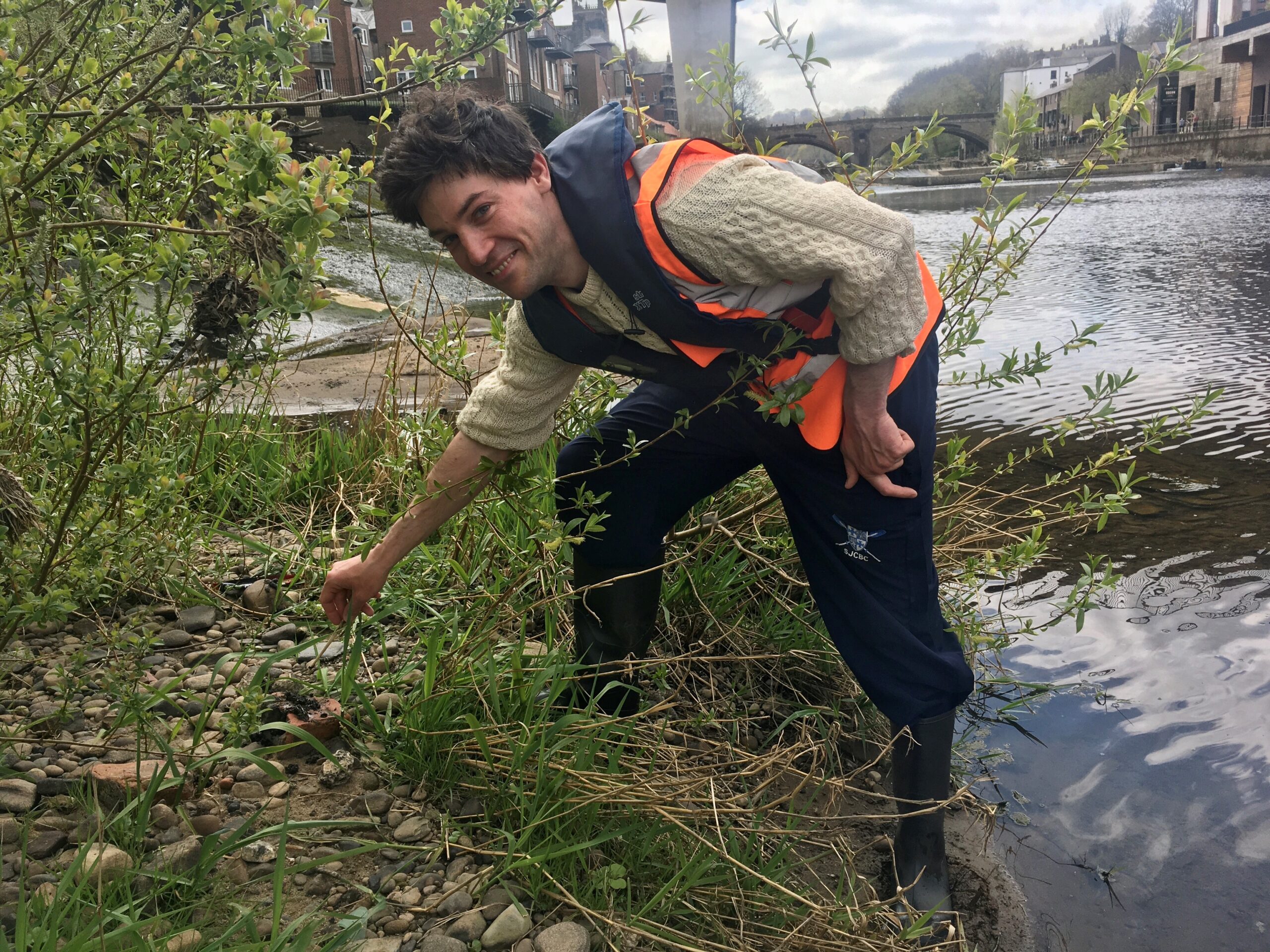 The author’s partner Benedict in action on the River Wear

Conversation and conflict between theologians and scientists often turn on the question of evidence: whether there can be such a thing as ‘evidence’ for the existence or activity of God, and what kind of things count as evidence: feelings, subjective experiences, scientific laws, and so on.

Although the perceived conflict between faith and science is a modern phenomenon, the tradition of human beings asking for evidence is very old. When Moses asks to see the presence of God in Exodus 33, God replies, ‘I will make all my goodness pass before you, and I will proclaim before you the name LORD, and the grace that I grant and the compassion that I show. But you cannot see my face, for human beings may not see me and live.’ God then instructs Moses to stand on a rock and, ‘as my presence passes by, I will put you in a cleft of the rock and shield you with my hand until I have passed by. Then I will take my hand away and you will see my back, but my face must not be seen.’ (Ex 33:18-23)

There is much rabbinical discussion of this passage, especially the idea that God has a back and a front, and what it means to see God’s back. The Jewish physician and biblical commentator Obadiah Ben Jacob Sforno (c.1470-c.1550) has a lovely interpretation. Trained in mathematics and medicine as well as in the Torah, Sforno writes that the cleft of the rock was the place:

“Where you will be able to glimpse how all the celestial forces below My level of Divinity carry out their activities, but understanding of how my execution of my thoughts translates into something concrete, neither you nor anyone else will be capable of seeing.”

It sounds as though Sforno is describing not just where God put Moses, but where he felt God had put him. His medical work was his own ‘cleft in the rock’ from which he was able to see, investigate and understand natural phenomena, but unable to reach beyond them to the mind of God. He could see God’s back, but not God’s ‘face’. To be human is to be in that cleft in the rock: exploring God’s traces, but always behind, never catching up with all that God does and all that God means by it.

At a recent ECLAS conference we heard from Professor Chris Lintott from Oxford University about the Zooniverse project: a website where people from all over the world can sign up as ‘citizen scientists’ to help scientific research teams do everything from classify galaxies according to their shape to count penguins in Antarctica. These citizen scientists enable the research teams to process far more data than they could by themselves. When surveyed about why they took part, most volunteers said they were not assisting because they wanted to make some great discovery themselves: they simply wanted to help, and enjoyed doing so. To put it in Sforno’s language, they were not intent on chasing the ‘face of God’, the final answer. They were content with the view of the back: exploring, contributing, helping to understand and document the sheer wonder of the universe, from galaxies to penguins.

As Sunday morning activities, then, gathering to worship in church and looking for otter poo on the banks of the River Wear are perhaps not as different as they seem. Both are ways of seeing God from behind – giving thanks in worship for ‘the grace and compassion that I show’ (Ex 33:18), and exploring the wonder of nature.

This is the seventh and final post in our series on Science-Engaged Worship. Grace Wolf-Chase is a Senior Scientist and Senior Education & Communication Specialist with the Planetary Science Institute, and also serves as Vice...

Deserts beyond deserts: Beyond the wilderness with the Perseverance rover, with the Revd. Dr...

Deserts beyond deserts: Beyond the wilderness with the Perseverance rover, with the Revd. Dr Pamela Conrad