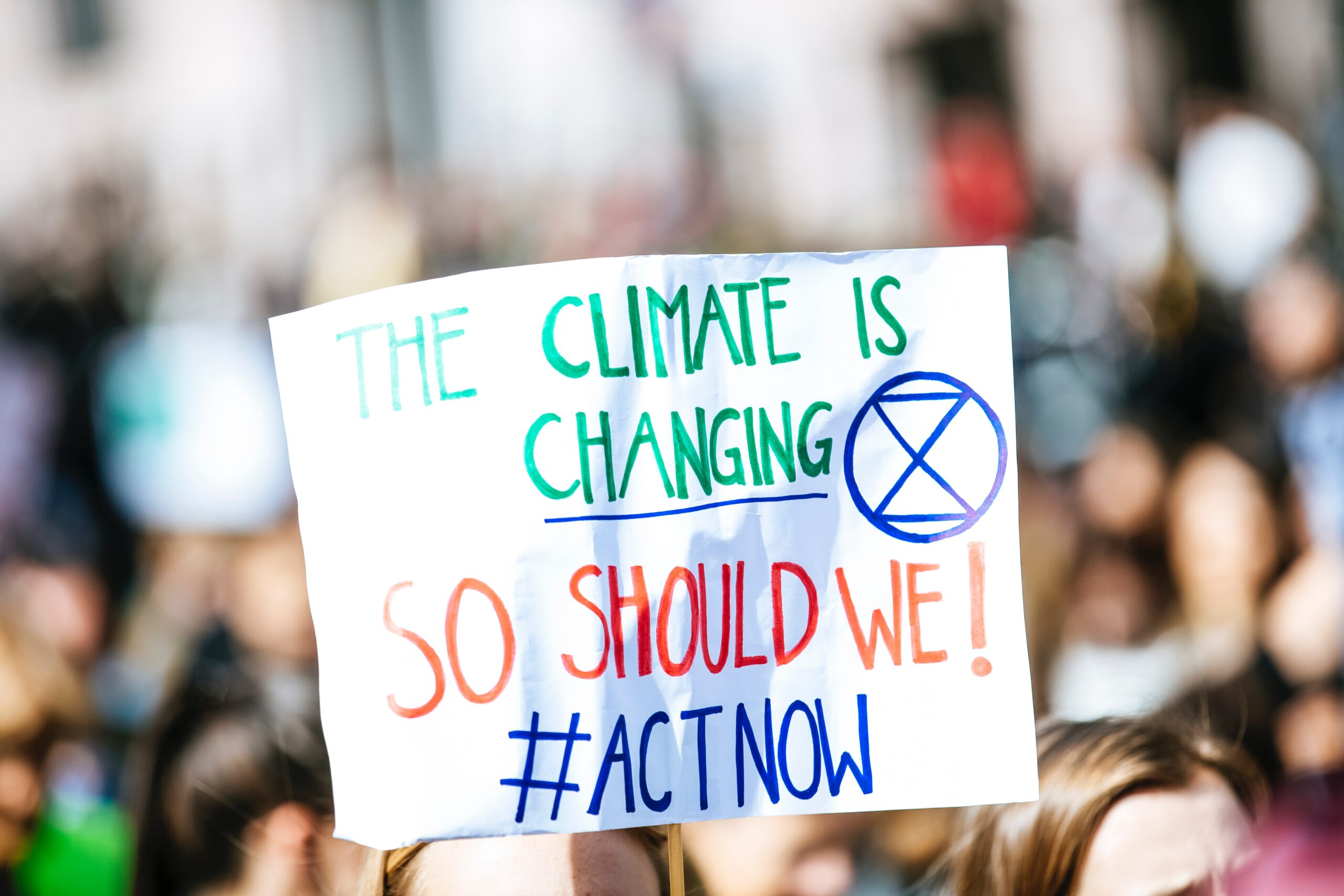 Sir John Houghton and Dr Katharine Hayhoe have a lot in common. Both are climate scientists, who have made an immense contribution to our knowledge of climate breakdown and the ways we communicate about it. And both are committed Christians, whose faith provides the energy, framework, and vocation to do science.

Sir John Houghton was a UK scientist, best known for his work as scientific lead of the Intergovernmental Panel on Climate Change (IPCC). This work saw him bring together scientists from over 100 countries, carefully assessing and interpreting data, and then negotiating a complex web of governments, laboratories, and private sector partners (many with vested interests) in order to publish it. It was not an easy process to chair, and the challenge for Sir John was to allow the science to speak with honesty and authenticity. The success of the IPCC was in bringing climate change and its human causes to the political centre stage while retaining its clear scientific basis, despite climate change deniers.

Sir John also served as chair of the Royal Commission on Environmental Pollution from 1992 to 1998, where he led a series of major studies on air pollution. He also enlisted the support of then-Prime Minister of the UK, Margaret Thatcher, to create the Met Office’s Hadley Centre for Climate Science and Services, now one of the world’s premier climate research centres.

His life’s work can be summed up as science in service of the people. As Professor Bob White, Dr Bruce Callender, and Revd Stuart Bell all pointed out in contributions to a recent thanksgiving service – Houghton died in 2021 – his impact was due not only to his brilliant scientific mind but also to the centrality of his Christian faith, which brought integrity to all that he did. He had an inquisitive mind which saw science as a gift from God, and a lasting hope which sustained him through all the challenges.

Arguably one of the most influential Christians of the last century, he did not set up his own global ministry, write a worship song, or become an ordained minister, as some scientists have done in later life. But his faithful Christian identity and service changed the world.

One of the many people he influenced was Canadian climate scientist and communicator Dr Katharine Hayhoe. She wrote self-referentially in her Nature obituary of Sir John, “Houghton influenced countless climate scientists. He would often send his colleagues copies of his books on science and faith, and signed off on his emails with ‘every blessing’.”

Hayhoe herself has a serious job title: she is the Chief Scientist for The Nature Conservancy and a Professor and Endowed Chair in Public Policy and Public Law at Texas Tech University. Her work is equally serious: in 1997 she founded ATMOS Research to bridge the gap between scientists and stakeholders to provide relevant, state-of-the-art information on how climate change affects a broad range of non-profit, industry and government clients.

Author, policy advocate, and relentless evidence-based thinker, Hayhoe is sadly on the receiving end of torrential and vicious abuse from climate-deniers on a regular basis. Yet she remains polite and firm in her science-based thinking and explanation. Where does this strength of character and purpose come from?

“As a Christian,” she writes, “I believe we’re called to love others as we’ve been loved by God, and that means caring for those who are suffering—their physical needs and their well-being—which today are being exacerbated by climate impacts. How could I not want to do something about that? That’s why I became a climate scientist.”

John Houghton and Katharine Hayhoe: scientists who share a deep conviction, and who are climate science champions because of their Christian faith, not in spite of it. Let’s hope they inspire a new generation of climate pioneers for whom faith is an integral part of their scientific vocation.

by Helen Billam 27.09.2022
Uncategorized The Story That Fooled the World, and How We’re Trying...

On Saturday I was in a small village hall in Aberdyfi, on the Welsh coast. In amongst amateur dramatics and music recitals, the hall was hosting perhaps one of its most significant events. It was...