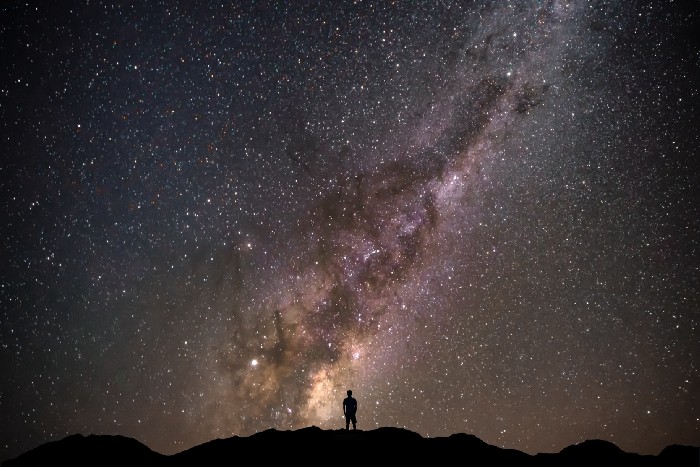 There can be few more misleading images in the history of science than Cristiano Banti’s depiction of ‘Galileo Facing the Roman Inquisition’ (1857). The painting is saturated with conflict and challenge: Galileo is shown with shoulders thrown back, head held heroically high, feet positioned en garde, facing off against a stubbornly hostile and hide-bound Church. And of course, everyone knows what happened next. Galileo was threatened with torture, imprisoned for life, and his books were banned for two centuries.

Except that’s neither the whole story, nor the true story.

This very limited version — call it the ‘Galileo Narrative’ — emerged in the mid- to late- 19th century. It became a key piece of evidence for the ‘conflict thesis’, which strove to characterise science and religion as eternally and inevitably at war. This thesis is wholly historically inaccurate — but it served the interests of both those opposed to Roman Catholicism in particular, and those who wanted to recruit science to a wider project of eradicating ‘superstition’ in general. As a result, both the ‘Galileo Narrative’ and the ‘conflict thesis’ gained considerable cultural traction, which they continue to enjoy to the present day.

There are many reasons why this is a bad thing — most importantly, the way that the ‘Galileo Narrative’ misrepresents what the Galileo story can still tell us about the relationship between science, faith and interdisciplinarity in the Anthropocene.

In 1610, Galileo was a relatively obscure professor of mathematics at Padua who published a book — Sidereus nuncius — cataloguing what one of the new telescopes had enabled him to see in the sky. Particularly important here were the moons of Jupiter, which Galileo named the Medicean Stars. This was an ultimately successful attempt to get the attention of a potential patron, the Grand Duke Cosimo de’Medici of Tuscany (to whom the book was dedicated). Galileo’s immediate reward was to become professor of philosophy at Pisa (a much more prestigious profession than a mere mathematician!), and court philosopher to Cosimo.

This meant two things — first, in order to maintain his new status as philosopher, Galileo had to argue that astronomy had profound philosophical consequences. Second, in order to maintain his status at Cosimo’s court, he had to be entertaining, a bit of a controversialist, someone who could provide the powerful with witty food for thought. Galileo, in other words, had powerful political and economic reasons to insist on exploring the cultural and moral consequences of his empirical observations.

At the same time, the Catholic Church had no particular problem with heliocentrism — as long as it was treated as a hypothesis to facilitate astronomical and mathematical scholarship. Similarly, the Church did not necessarily insist on the literal truth of the Bible. It was accepted that words written down in previous millennia would need to be interpreted, sometimes flexibly, by scholars skilled in such study, and attentive to the implications. They were not committed, for example, to a literal interpretation of Joshua’s demand that the Sun stand still over Gibeon. But they were very concerned with what a sun-centred universe implied about the place of humanity in God’s creation and the possibility of the existence of intelligent life on other planets. If such beings existed, had God sent the Saviour for them, too? And how could this be explained to the congregations?

This was the source of Galileo’s confrontation with the Church — not his espousal of heliocentrism, but his efforts to reconcile heliocentrism with scripture. This, it was not his business to do — but it was something that his patrons, as in his 1615 Letter to the Grand Duchess Christina, found compelling. As a result, in 1616 he was told by the Inquisition, in so many words, to wind his neck in. He could use heliocentrism as a hypothesis by all means, but he was to stop talking about the philosophical and scriptural consequences.

The Church (depending on the Pope, of course) remained open to Galileo’s approaches. When his Dialogue Concerning Two World Systems was published in 1632, it was with the permission of both the Inquisition and the Pope. Urban VIII had defended Galileo in the past, and personally discussed the book with him. The Pope had made two stipulations. First, that Galileo not advocate for heliocentrism, but include both the arguments for and against the theory — there was, after all, no empirical evidence then available regarding the motion of the Earth. Second, that Galileo include his (the Pope’s) own views.

This Galileo did — with a vengeance. In line with his courtly experience, he created a witty, sparkling series of debates, in which one participant — Simplico, a slow and stupid Aristotelian — is repeatedly humiliated by the logic and erudition of his heliocentric opponents. Worse, Galileo put Urban’s arguments into Simplico’s mouth — the Pope’s thoughtful deliberations voiced by a simpleton. It is hardly surprising that, shortly thereafter, Galileo was called to account by the Inquisition.

So that’s the background to the ‘Galileo Narrative’ clarion call of “eppur si muove” and science/religion conflict. Instead of a picture of a man heroically defending scientific truth against the backward forces of religious superstition, you can see someone repeatedly over-reaching his disciplinary boundaries in a way guaranteed to create hostility amongst the scholars on whose terrain he was encroaching, and — whether deliberately or not — ridiculing their concerns and arguments. No current champion of interdisciplinarity would support this as a strategy. This is not a conflict between faith and reason — it’s the result of poor diplomacy and impoverished empathy.

But it leaves us with two questions.

First, what might the relationship between science and religion in the modern West look like if Galileo had been more of a diplomat, and less of a courtier? If he’d been able to work with, rather than against, those factions of the Church who accepted the mathematical accuracy of heliocentrism, but who were concerned to understand and explore its philosophical implications?

Second, who was actually being reasonable in the Galileo affair? Those who pursue knowledge as a goal in itself, or those who are concerned with the social and ethical consequences of that knowledge? The 20th century philosophers of the Frankfurt School, refugees from war-torn Europe, identified ‘instrumental reason’ (which focuses simply on what can be done, rather than first asking should this be done) as the wellspring behind growing social inhumanity. Arguably, as Pope Benedict XVI suggested, in their dealings with Galileo, Church authorities were showing a very modern sensitivity to the relationships between science and society.

In either case, if things had gone otherwise, we might be seeing a very different Anthropocene. Which is a truism, but it’s worth speculating on what that alternate world might look like.

Alternatively, we could also speculate on what would have happened if Johannes Kepler, whose faith in God’s creation of a rational universe was integral to his espousal of heliocentrism, rather than Galileo, had been the poster-boy for the science/faith interface… but that wouldn’t suit the political narrative of those pushing the conflict thesis.

Mario Biagioli (1994) Galileo Courtier: The Practice of Science in the Culture of Absolutism, Chicago: University of Chicago Press

We are pleased to award £125,000 to ten churches and three theological colleges under the 2022-23 Scientists in Congregations and Science for Seminaries awards. Ten congregations have received a total of £88,635 under the Scientists...

05.07.2022 LEARN MORE
SCIENCE AND RELIGION Why the Church of England is talking about Artificial Intelligence

As a the ECLAS director who leads on work with the Church of England’s public policy team, I am fortunate to help inform behind the scenes thinking about AI and Robotics and related technologies. People...

An overview of our Scientists in Congregations work.