Science news Round-Up: In the Beginning 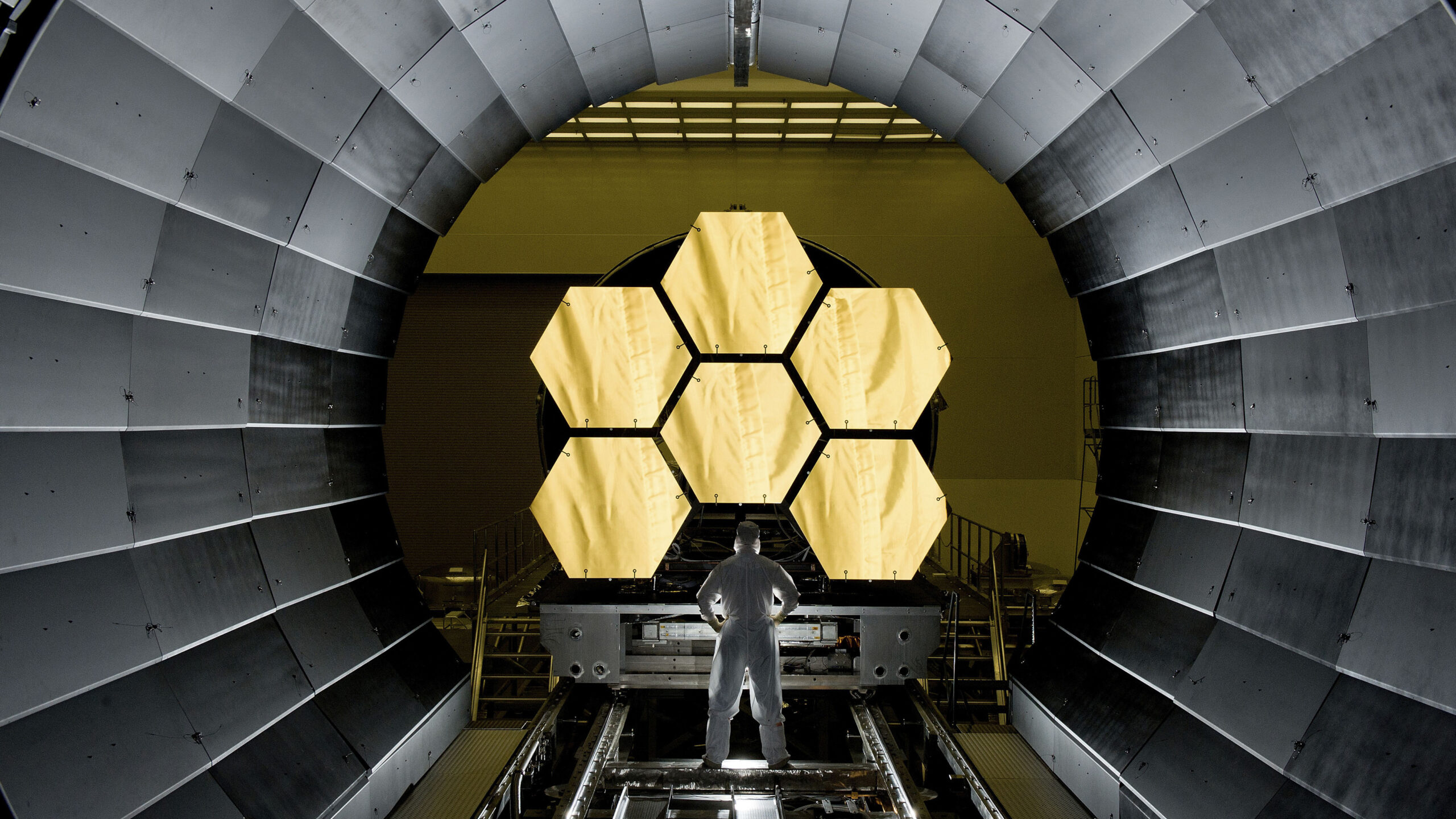 It’s been an amazing month for science news, including the first transplant of a genetically modified pig’s heart into a human being, and research suggesting that people in vegetative states may have more awareness than we think. At the top of the list, though, is the launch of the James Webb Space Telescope on Christmas Day last year. Twenty years in the making, and costing $10 billion over its lifetime, the telescope will show us the universe as we have never seen it before.

Over the two weeks following the launch, the telescope slowly unfolded a five-layer sunshield the size of a tennis court and unfolded its 6.5m wide main mirror. The next few months will see the telescope, positioned nearly a million miles from Earth, cooling down to its operating temperature of -230 degrees Celsius and focussing its mirror panels using micro-motors. Once ready, the images Webb produces will surpass those from the Hubble telescope, picking up objects 100 times fainter and enabling scientists to look at light from the first stars, at around 180 million years after the Big Bang.

There are some incredible photographs from the construction and testing of the telescope, from the tiny human figures standing next to the chamber where it was test-run at space temperatures, to pictures of engineers polishing the gold-plated main mirror with their faces reflected back, alien-like in their protective gear. That last photograph is a good metaphor for the telescope project as a whole: it’s not just pointed outwards towards discoveries about the universe; it also reflects back something important about human beings. 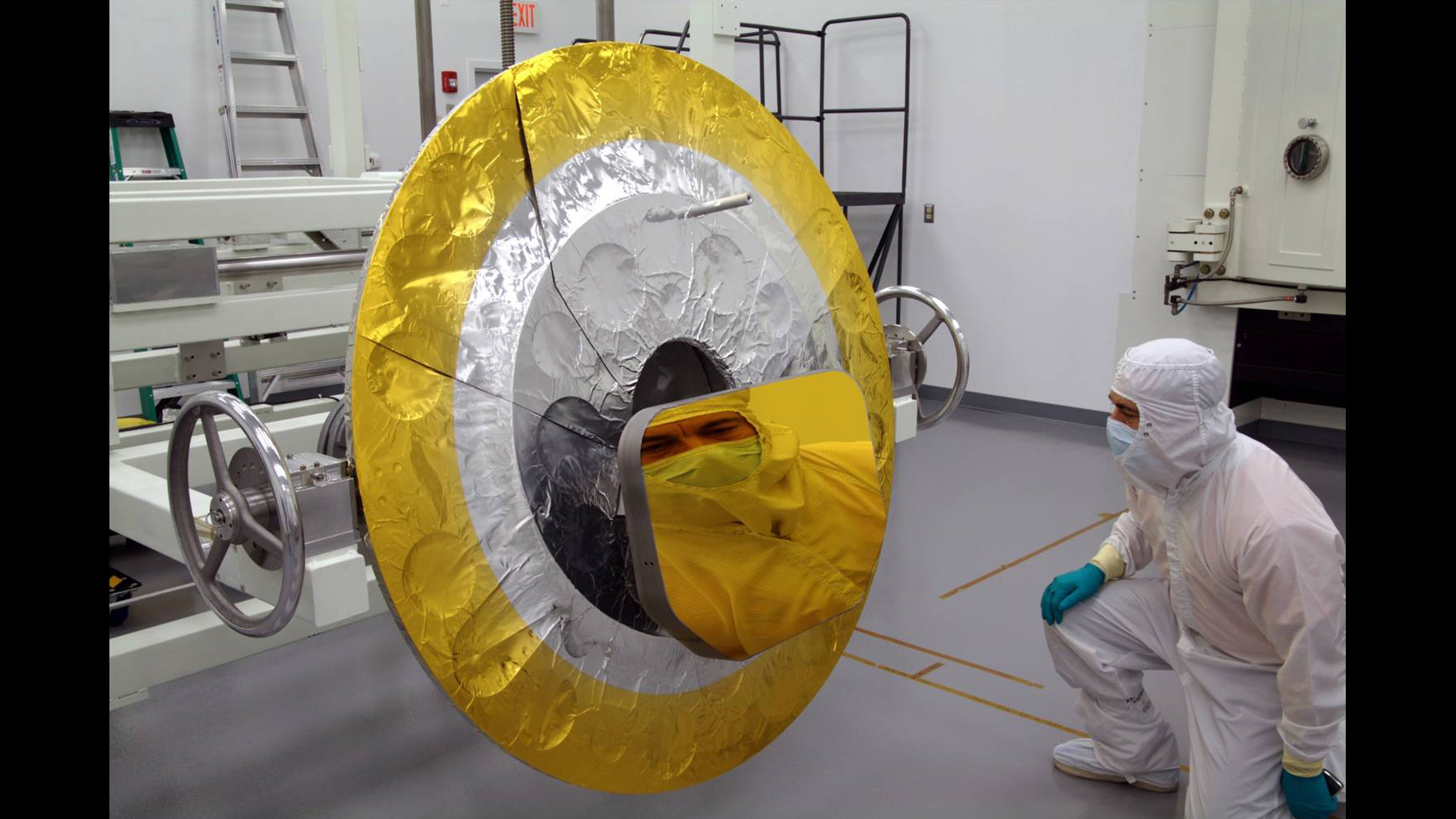 Living things explore. A fungus placed in the middle of a petri dish will send out hyphae in all directions, strengthening growth in the direction of food sources when they are discovered, and abandoning areas where there is nothing of interest. A lot of this exploration is to do with basic needs like food and safety. Humans explore on that level, too, but often our exploration is multi-layered: we are not just looking to locate ourselves within physical space, but also looking for meaning as a way of orienting ourselves. On the face of it, the James Webb Space Telescope is looking for something straightforward, the light from very distant stars and the earliest galaxies. On another level, though, scientists are looking for what that light means: they’re looking for the beginning, of the universe as we know it, and of the building blocks of life. Whatever else, human stories about origins ‘do work’: even if strictly factual, they are often told for a purpose, to say something about who we are, what we are about, and what our destiny is – this is why they are the subject of such fierce disagreement.

In the Midrash Rabbah (a storytelling commentary on the Torah), Rabbi Yonah asks why the book of Genesis (Bereshit in Hebrew) begins with the second letter of the alphabet, Bet ב, rather than the first letter of the alphabet, Alef א. He answers that, in the same way that the letter Bet is closed on three sides but open at the front (as Hebrew reads right to left), there are some questions you can ask, and some you can’t. In the same way, human exploration has its limits. We can’t go back before the beginning of the universe, but with the James Webb Telescope we can look deeper into its past – and ours – than ever before. What story will we tell with it?

A panel discussion exploring themes of mirrors and space in Lewis Carroll’s Through the Looking Glass, from the Sesquicentenary conference in November 2021. Speakers include Amanda Kennell, Rika Hiro, Charlotte Horlyck, and Peter Sachs Collopy.

A panel discussion exploring themes of mirrors and space in Lewis Carroll's Through the Looking Glass, from the Sesquicentenary conference in November 2021.