Is God calling you to be a scientist?

Three things I learned from our Scientists in Congregations gathering

This is a guest post from Dr Ian Randall, Research Associate at the Cambridge Centre for Christianity Worldwide, on behalf of Faith and Thought (formerly The Victoria Institute).

The Early Years of the Victoria Institute (now ‘Faith & Thought’)

The period when the Victoria Institute began was a time of considerable religious and scientific upheaval in Britain. Charles Darwin’s On the Origin of Species was published in 1859 and a year later a controversial theological volume, Essays and Reviews, appeared. All the essays represented the views of ‘Broad Church’ or ‘liberal’ Anglicans. These and other publications provoked inevitable reactions. Over 11,000 Anglican High Church and Evangelical clergy signed a declaration which opposed the thinking of Essays and Reviews and affirmed the Bible as the Word of God. The period also produced new societies, one of which was the Victoria Institute (now Faith and Thought), formed in 1865. This short article looks at the background and beginnings, early growth, and development of the Institute in its first three decades.

After the publication of Essays and Reviews, several young men associated with the Royal College of Chemistry decided to produce a ‘Declaration’ which would re-affirm the harmony of science and scripture. The Declaration, drawn up in 1864, asserted that it was “impossible for the Word of God, as written in the book of nature, and God’s Word written in Holy Scripture, to contradict one another.” This statement was far from being an attack on scientific endeavour. Indeed, it advocated scientific investigation, stating: “We believe that it is the duty of every Scientific Student to investigate nature simply for the purpose of elucidating truth.”

Of the 717 people who eventually attached their names to this document, 420 were Fellows of recognised scientific and medical societies, including 66 members of the Royal Society. Among the best-known scientists to sign were Sir David Brewster, who had been Principal of St Andrew’s University and was then Principal of the University of Edinburgh, Adam Sedgwick, Woodwardian Professor of Geology at the University of Cambridge, and James Challis, Plumian Professor of Astronomy and Experimental Philosophy, also at Cambridge.

https://commons.wikimedia.org/wiki/File:Sir_David_Brewster._Photograph._Wellcome_V0028495.jpg  CC BY 4.0 via Wikimedia Commons

When the Victoria Institute was formed, it wanted to uphold the ideals expressed in the Declaration, and set out its modus operandi as follows: “Papers will be read before the Society, discussing the most important questions of philosophy and science, without limit as to the subjects, except that those will be especially considered and have a preference that appear to touch adversely the bases of the Christian faith. Free discussion will be allowed.”

Among younger members of the Institute was George Warington. His father and brother were Fellows of the Royal Society and he worked for the Society of Apothecaries in chemical testing of drugs at the Apothecaries’ Hall in London.  In 1865 Warington, aged 25, won the Actonian Prize of 100 guineas, a prize awarded once every seven years by the Royal Institution for the best submitted essay in a specified area of religion and science. The prestigious nature of this award is indicated by the fact that a later winner of the prize was George Stokes, then President of the Royal Society. Warington again addressed the Institute, on the subject of ‘The Credibility of Darwinism’.

Charles Darwin followed the proceedings of the Institute, at least in its early period. On 7 October 1867, he wrote to George Warington in remarkably friendly terms. Darwin said:

“I hope that you will not think me presumptuous if I cannot resist the pleasure of telling you how much I admire your argument of the origin of species in the Transact. of the Victoria Institute. The whole case strikes me as placed in the clearest & most spirited light; & I have no where seen so good an abstract. I quite agree with your Chairman that you have put the whole argument better than I have done.”

Darwin concluded: “With sincere admiration of your powers of reasoning & illustration I beg leave to remain dear Sir…”

By 1883 the Institute had 900 members, and the major new influence in this period was George G. Stokes, Lucasian Professor of Mathematics in the University of Cambridge. In 1883 he gave a seminal address at the Institute on the ‘Absence of Real Opposition Between Science and Revelation’. In 1886 he became President of the Institute. He was a deeply committed believer, in the Anglican (originally Anglo-Irish) tradition. In his personal devotion he liked to study the New Testament in Greek. Stokes was secretary of the Royal Society for thirty years and then became its President. 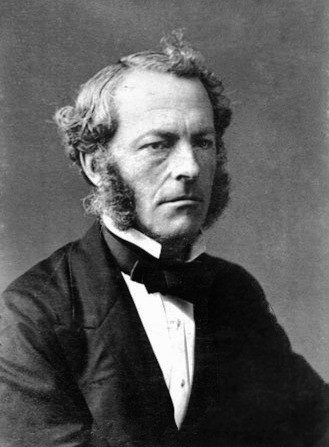 In his first address as President of the Victoria Institute, Stokes insisted that if there was a conflict between ‘what we understand as Revelation’ on the one hand, and science on the other, it should not be assumed ‘that the error most be on the side of science’. The error might be in human interpretation of the Bible. Stokes saw no incompatibility between evolution and theism. His standing, as one of the most respected scientists of his time, no doubt contributed to continued increase in the Institute’s membership, which in 1891 was 1,400, and he was also able to draw in other eminent scientists, such as his friend Lord Kelvin, who in 1897 gave the Institute’s annual address. This was seen as one of the notable occasions in the Institute’s history. The story had moved on considerably since 1865.

Professor John Hedley Brooke, historian of science, presents delegates with a historical account of evolution. His work has been significant to the area of science and religion and he is most well-known for his thesis...

Professor John Hedley Brooke, historian of science, presents delegates with a historical account of evolution. His work has been significant to the area of science and religion and he is most well-known for his thesis on ‘complexity’.

Can Someone Believe Both In God As Creator And In Evolution?

Can someone believe both in God as creator and in evolution?

Arguably, as Pope Benedict XVI suggested, in their dealings with Galileo, Church authorities were showing a very modern sensitivity to the relationships between science and society.