‘Following the science’: What it actually means, and why we should care 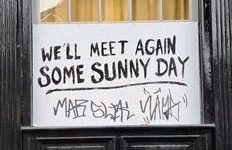 A buzz-phrase of the coronavirus crisis, the words “following the science” have polarised citizens. If you ask the internet, there are many reasons why it has become contentious. The UK government prided itself on its science-led policy, and gave a prominent place to scientists at its briefings, to lend authority and credibility to its decisions — before becoming embroiled in the SAGE secrecy scandal. Newspapers sneered that government briefings “followed the science” in deciding lockdown was not necessary, but only a few days later “the best science” informed the decision that, actually, it was. Not wearing face masks constituted “following the science”, but so did the advice to do the opposite shortly afterwards.

Is the phrase therefore meaningless? Or can a word or a phrase really mean, as Humpty Dumpty would say, what you choose it to mean? Words and phrases perform certain functions, which can differ depending on their context. Consequently, they can fail to work when intended functions and achieved effects diverge.

When emotions run high, it is important to untangle what is actually happening when we use words or phrases with whose meaning we think we are familiar. In this blog I will examine the use of language, especially narrative and metaphor, how and when it can get in the way of “following the science”, and what we can learn from that — because, whether we realise it or not, when we make decisions “based on science” we often rely far more on language than on the science it attempts to convey.

Consider an example from George Lakoff and Mark Johnson’s opening chapter in their seminal work Metaphors we Live By, and the ways in which the English language conceives of ‘Argument as War’:

Your claims are indefensible.
He attacked every weak point in my argument.
His criticisms were right on target.
He shot down all of my arguments.

Lakoff and Johnson explain that conceiving of argument as war shapes the very way in which it is conducted. They invite us to imagine a culture in which argument is understood as dance — as balanced, and aesthetically pleasing — a culture to which the act of arguing in an Anglophone culture would be unrecognisable.

This applies also to our narrative framings of the novel coronavirus and its management, which determines to a significant degree our understanding, assessment of risk, and compliance with precautionary policy.

A common narrative, which our research showed appeared both in orthodox faith communities and the media, was of Covid-19 as punishment for transgressions religious, moral, fiscal, or environmental. This narrative is problematic, and can even be dangerous. Blame is placed firmly on certain individuals or groups of people, which has led others who are not part of that demographic to be less compliant with restrictions, which they feel should not apply to them as Covid-19 is “not their fault”; infection is subsequently perceived as “unfair”. This highlights how behaviours and emotions are elicited by the narrative — not the science — of coronavirus.

The punishment narrative shows narrative framing can get in the way of “following the science”, in the most practical sense meaning compliance with precautionary policies based on it. In the UK such issues accompanied a significant and comprehensive shift to a ‘warfare’ narrative around the beginning of the lockdown period.

Prime Minister Boris Johnson declared his cabinet a ”war cabinet”, there were discussions of “flypasts and medals” for “frontline” workers, who, in turn, compared themselves to soldiers “sent to battle without armour” in light of the PPE crisis. Even Queen Elizabeth II picked up this framing, concluding her address to the nation with “We’ll meet again”, the words of a popular war song by Vera Lynn. Most recently, front pages cited the PM’s hopes that it will all be “over by Christmas”, and a Crowdfunder for the #NHSSpitfire raised over £40,000.

While some feel the warfare narrative ‘brings the nation together’, a linguistic cue to ‘bring people together’ is literally the opposite of what social distancing measures are designed to do. This sentiment became obviously problematic when patriotic community events organised for VE Day drew large crowds.

Furthermore, warfare metaphors have long been lamented as obstructive in medical settings. They can lead to recklessness and stigmatisation, and are regarded by health scientists as unhelpful and unnecessary. Military virtues have virtually no currency in health scenarios: no amount of courage can change the way a virus is transmitted. Health workers have likewise felt burdened, and even silenced, by warfare rhetoric. They stress that death is expected in a soldier’s profession, but should never be normalised for health workers, which the framing of heroism and sacrifice suggests.

Finally, such uplifting and reassuring rhetoric is often used preventatively, under the assumption of panic or non-compliance, yet data comprehensively suggests that the public is generally receptive to clear guidance from trusted sources in emergency situations. While the reassurance provided by such rhetoric can offer short-term relief, it leads to frustration if the data does not eventually match the sentiments evoked, and distrust in the sources that distributed the “scientific guidance” in the first place — the dilemma I outlined at the beginning of this article.

What can we learn from this?

While Britain was not alone in choosing this particular framing, different metaphors were more prevalent elsewhere. In Germany, for instance, the word Eindämmung, which literally means to build a dam, compared the virus to a flood. This strips implied moral dimensions from the scenario, which scientific data does not recognise: a flooding river isn’t evil, an ‘invisible mugger’, or an enemy over which anyone has rightful dominance, it simply is. And it is something whose workings science can describe, for which politics can, in turn, prepare and act upon — and also something which leaders can convey to protect the communities they are in charge of, even with the help of metaphor or narrative.

We must become conscious of the connotations of our chosen narrative or metaphor, and sensitive to who they might stigmatise or silence, and for that it is important to find a metaphor which, in the true meaning of the word, transfers meaning rather than distorts it. Along with an understanding that science is not monolithic, but cumulative, and gives insights into how things work, revising our use of narrative can help us focus more on the workings of things external to ourselves, and defocus ourselves in the process. Such anthropocentrism and centredness on our own communities is often embedded in overused narrative tropes. Looking beyond them, at the existing social and environmental frameworks around us and our immediate environments, and what various sciences #may reveal about them, in relation to us but also to others, will certainly help us follow the paths they might indicate in the crises that await amidst and beyond Covid-19.