Science Across the Anglican Communion

Life, the Universe, and the James Webb Space Telescope 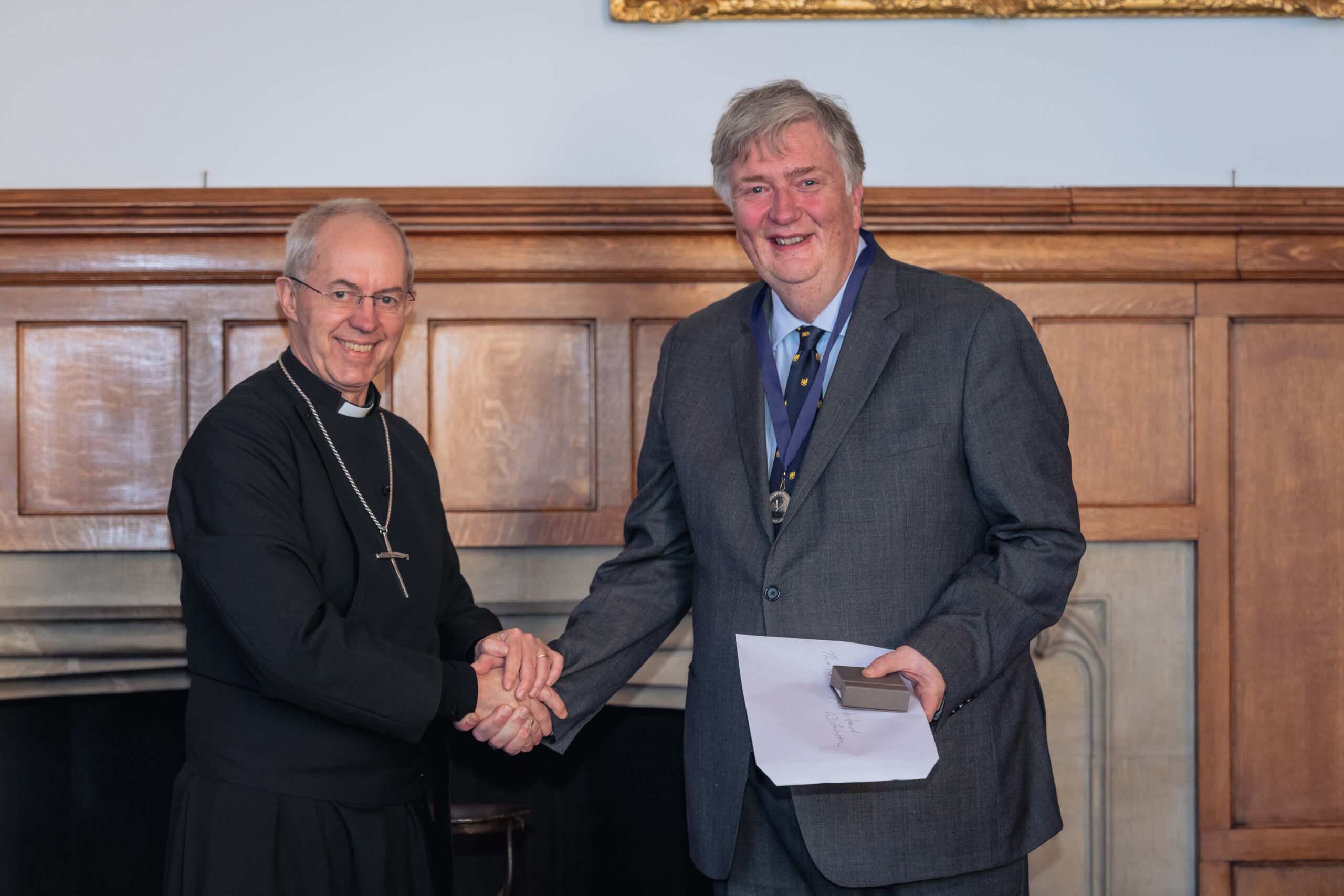 The Archbishop of Canterbury’s 2022 Lanfranc Award for Education and Scholarship has been awarded to ECLAS co-director Revd Prof David Wilkinson.

He has been recognised for his outstanding contribution as a communicator and thinker, bringing together science and Christian faith in full dialogue in the public square.

As well as his work with ECLAS and as Principal of St John’s College, Durham University, David is an astrophysicist, theologian and Methodist minister who has published books on topics including Stephen Hawking, SETI, the end of the Universe, and prayer.

David is the second ECLAS co-director to receive a Lambeth Award; Prof Tom McLeish received the Lanfranc Award in 2018 for outstanding work in education and science, and for upholding his position as a leading contemporary lay Anglican voice in the dialogue of science and faith.

The Lambeth Awards are given to people within the Church of England, the wider Anglican Communion, other Christian churches, as well as to those of other faiths and none. The Lanfranc Award for Education and Scholarship was first awarded by Archbishop Justin Welby in March 2016 and is named after Lanfranc, Archbishop of Canterbury from 1070 to 1089, who was a scholar and teacher.

Announcing the awards, the Archbishop said, “The world around us is not as it should be. There is grave injustice and we currently face war in Europe, while Covid-19 continues to cause much grief. But we do not despair. Our faith in Jesus teaches us that we are justified in maintaining hope. One thing which feeds that hope is the work and service of the people we recognise today.”

The Archbishop added, “Many of those receiving an award have worked quietly, discreetly and are known only to a few. They have worked for justice and reconciliation, for the relief of poverty, for the extension of the Kingdom of God, for the advancement of education for all, for understanding between denominations and faiths, for authenticity in worship and prayer on behalf of this broken world. These awards represent an opportunity to acknowledge their valuable work. I present them on behalf of the Church of England but also, I hope, on behalf of people of goodwill everywhere.”

David said, “It is an immense honour to receive this award, which I see as a reflection of the educational work we have done together at St John’s College and Durham University, and within our project Equipping Christian Leadership in an Age of Science. It is perhaps also a reflection of the Church seeing the importance of science as a gift from God.”

ECLAS research published in Zygon this week sheds light on attitudes towards science among senior church leaders in the UK. The paper “Building Enthusiasm and Overcoming Fear: Engaging with Christian Leaders in an Age of...

On Wednesday 3 November 2021 the ECLAS team held an event for bishops and policy advisors at Lambeth Palace, focusing on AI and Ethics. Among the attendees at the event were the Archbishop of Canterbury,...

In January, the Equipping Christian Leadership in an Age of Science (ECLAS) project was awarded £3.4 million from the Templeton Religion Trust. The major new grant will fund work to help Christian leaders engage with...