Science-Engaged Theology in the Media

Popular media have a profound impact on public views of science and theology. In a time of rapid technological change, how can church leaders witness to Christ while engaging in public debates around science-related topics such as vaccines and climate change? Join in with world-leading scientists, media experts, and senior church leaders from around the world as we discuss mission and evangelism in an age of science.

We are hosting a free, invitation-only, online retreat on Science Engaged Theology in the Media – designed specifically for bishops and other senior leaders in the church. It will take place via Zoom on Tuesday 6 December 2022, 17:00-20:00 GMT/UTC.

Conversations with other senior leaders will set the stage for a common discussion about how to work with the media in your local context.

Our keynote speakers are both international media figures, well-known for their engagement with contemporary issues at the intersection of faith and technology. 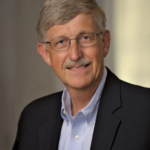 Dr Francis Collins is a geneticist best known for leading the Human Genome Project and from 2009 to 2021 National Institutes of Health in the US. His best-selling book The Language of God tells the story of his journey from atheism to Christian belief. In 2007 he founded BioLogos, which advocates for the harmony of science and faith, and in 2020 he was awarded the Templeton Prize. In February this year he became Acting Science Advisor to President Biden, and more recently he has been appointed as Special Projects Advisor to the President. 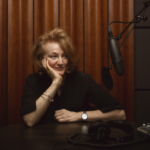 Krista Tippett hosts the award-winning On Being podcast. A New York Times bestselling author, she has published widely at the intersection of spiritual inquiry, social healing, science, and culture. She holds a Master of Divinity from Yale University. In 2014, Tippett was awarded the National Humanities Medal by President Barack Obama. 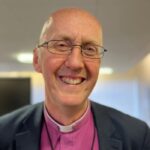 The Rt Revd Dr Michael Beasley is the newly appointed bishop of Bath and Wells in the Church of England, having formerly served as Bishop of Hertford since 2015. Trained as an epidemiologist, he worked as an infectious disease specialist before ordination and recently advised the Church of England’s Covid task force during the pandemic. He is one of three co-conveners for the Anglican Communion Health Network and a member of the Anglican Communion Science Commission.

AI and Robotics: the science, opportunities, and challenges (all levels of clergy)